Welcome to the official Friday's Child homepage. You can find our shows, music, live concert videos and anything else related to the band here. We are deep in production on two new albums' worth of songs and spooling up for some touring after a long hiatus.

Rich Haddad the Audio Producer and Sound Engineer for LNP's projects. Right now, Tom and Rich have written and recorded music for the LNP shows and are focused on bringing them to the air.

In addition, Tom has over 50 new song since the band's last release, recorded in-studio, in various stages of post production.

Thank you for visiting us.

I am proud to announce that I have signed a licensing deal with Accidental Entertainment. Thank you to Adam Mosley and Allison Clark! Looking forward to working together on licensing my songs. Thank you, Royce Richmond, for introducing us! 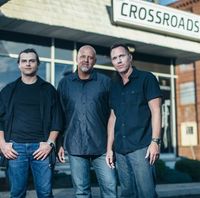 Friday's Child returns to the premier venue in the Bethlehem PA area for the prestigious MusikFest. Performance is from 7 to 9 PM on the indoor main stage, the MusikFest Cafe on Friday, August 10, 2018. See you at the show!

We are performing for a Veterans Benefit concert. We will be playing "Lions Fall" at the show for the first time in years. We start at 8 PM sharp, so getting there a bit early is a good idea. See you at the show! 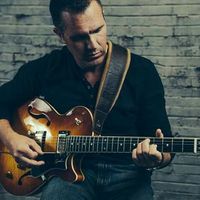 Tommy will be doing a solo acoustic show on Saturday, August 12, 2017 at 7 PM. Tickets are $8. The show will be in story teller format. Tommy will be joined by Lisa Withers of Peas and Carrots on backing vocals. Call 908-518-0323 to reserve a table for the show. 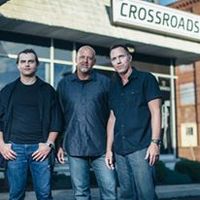 Friday's Child returns to its favorite venue, The Crossroads, for our very own bassist, Rich Haddad's, birthday bash show! Come celebrate with us. The band will throw down a phenomenal show for Richie's birthday! Call the club at 908-518-0323 to reserve seats.

Friday's Child will be returning to the prestigious MusikFest Cafe stage on Sunday, August 14, 2016 at 5 PM. Admission is free.

Friday's Child Live at the Crossroads

Friday's Child returns to the Crossroads on Saturday, February 20, 2016 at 9 PM for a long set. The band will be debuting some new material. This promises to be a good show, and the band's live performance schedule is limited. Call the club to reserve seats.

Friday's Child returns to ArtsQuest for Oktoberfest on Friday, October 2 at 9 PM

Friday's Child will take the stage on Wednesday, August 12, 2015 at Bethlehem, PA's very prestigious MusikFest from 5:30 PM to 7 PM at the ArtQuest complex. This is a national stage. We are very proud to be playing this gig.